Concert in the Park – The Kings of 88

Made up of a talented crew of Los Angeles-based musicians, TKO88 presents a fun-filled collection of classic piano rock hits by Elton John, Billy Joel, Jerry Lee Lewis, The Beatles, Billy Preston, Little Richard, Leon Russell, Ray Charles, Stevie Wonder, Bruce Hornsby, Dr. John, and many more. The Kings of 88 have entertained audiences up and down the West Coast. At the helm is TKO88 founder, pianist and lead-singer, Tommy Reeves. Reeves is an accomplished singer/songwriter/pianist whose original music has been heard on American Idol, The Tonight Show with Jay Leno, The Daily Show with Jon Stewart, and So You Think You Can Dance. His solo performance credits include work alongside Reba McEntire, Common, Tony Bennett, Ziggy Marley, Melissa Etheridge, and Burt Bacharach.

One talent buyer said…”The Kings of 88 are the definition of professional musicians and they deliver on all fronts. They had the audience dancing all night, which is exactly why we book bands like them. We want to engage the audience-and The Kings of 88 did just that.” 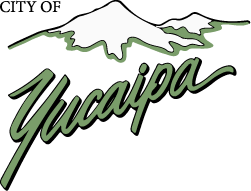